On the 6th of August, Bolivia celebrates its independence from the Spanish Empire. If you happen to be in the country on this historic day, Sucre is the perfect place to experience the lively atmosphere, unique culture and patriotic spirit of the nation. 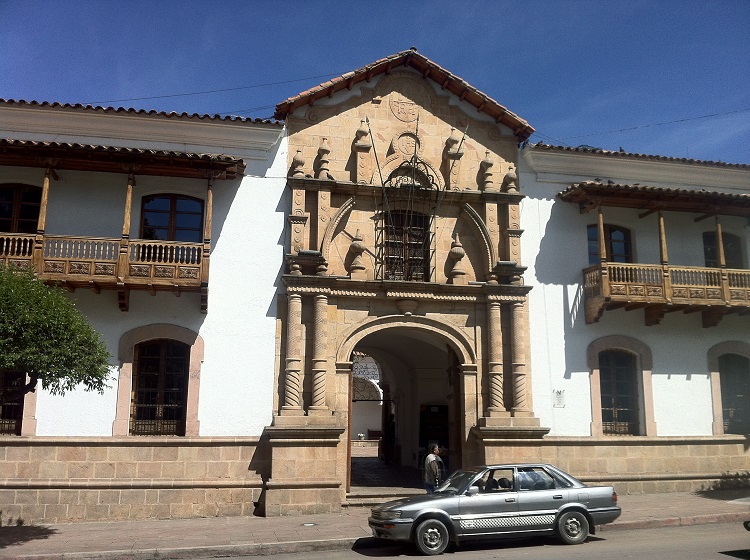 Known as Upper Peru or Charchas for the most part of the 18th Century, Bolivia for many years was occupied by Spanish rule and governed by the viceroy of Lima. It wasn’t until a French invasion of Spain, lead by Napolean, that Spanish influence in Latin America began to wane.

During the Napoleonic wars, nationalist sentiments began to grow throughout Bolivia and it was in Sucre, which at the time was known as La Plata and which was one of the most important seats of power and learning in the continent, that plans for a revolution were put into action.

Known as the “first cry for freedom” (Primer Grito Libertario en América), this 1809 uprising became the first in a series of events which would see revolution spread quickly throughout the continent and the Latin American Wars of Independence begin.

On August 6 1825, after 16 years of violent struggle, the free and independent Republic of Bolivar was created, a day which is commemorated not only in Sucre but all throughout the country. 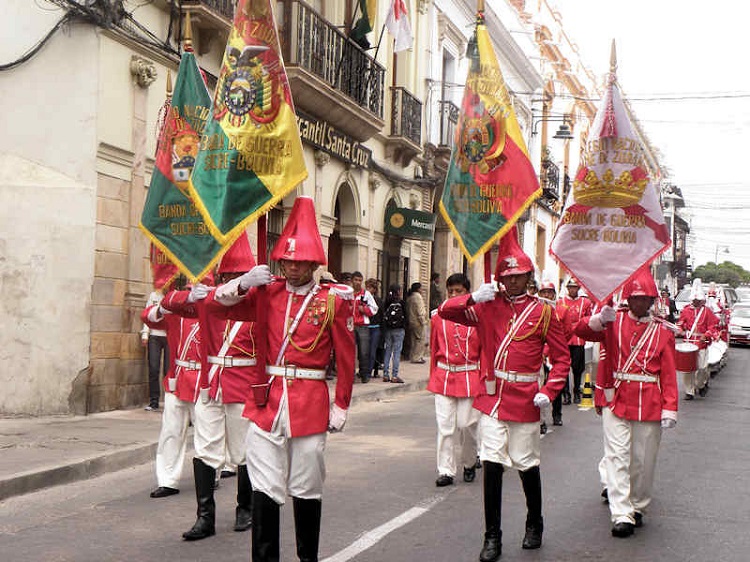 Leading the festivities in Sucre are the city’s most important politicians, cardinals and dignitaries who walk through the main plaza accompanied by military bands. To the delight of eagerly awaiting crowds, the president of Bolivia then makes an appearance, waving and smiling before taking to the balcony of Casa de la Libertad to address the nation and watch the remainder of the parade. A couple of speeches are made by officials after which the city’s main parade begins.

Another big part of the Independence Day celebrations is food. Featuring local delights such as chorizo, fried bread and chocolate, the best place to grab a bite to eat during the festival is in the open air of La Recoleta Plaza.