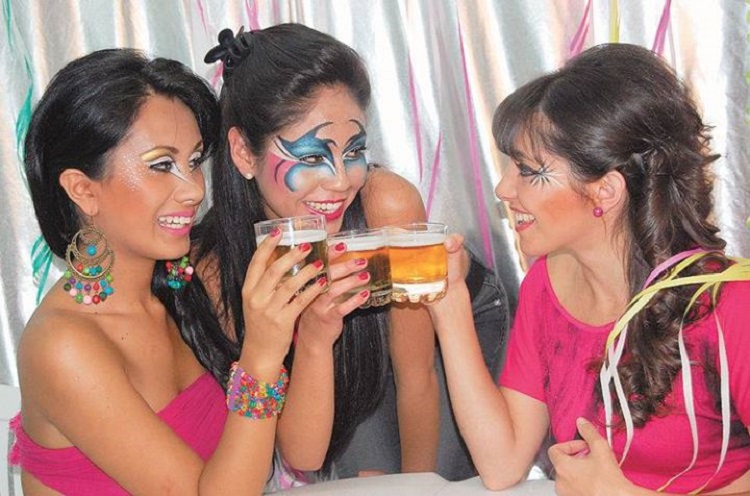 A week after the celebration of Compadres, Sucre celebrates its counter-part: Comadres.

Held the Thursday prior to the main Carnaval weekend, Comadres is a female-only holiday. Reminiscent of a giant hens’ night, Comadres sees the women of Sucre enjoy a day of celebration, while being attended to by the men. Like compadres, the party-goers typically enjoy spreads of cakes and fruit, accompanied by ample wine and chicha (a fermented corn drink). The day is a celebration of friendship, particularly between comadres (literally, a mother and a godmother of the same child, though also translatable as “gossips”).

Comadres is typically marked by a wide range of celebrations, everything from dancing, parties, and even the occasional stripper. Traditional celebrations begin in the morning with mass then move to Casa de la Cultura at noon before heading down to the Central Market. Later, many of the local bars such as Florin and Joyride offer women-only nights and drinks specials.

Comadres is observed mainly in Sucre, Potosi, Cochabamba and Tarija.