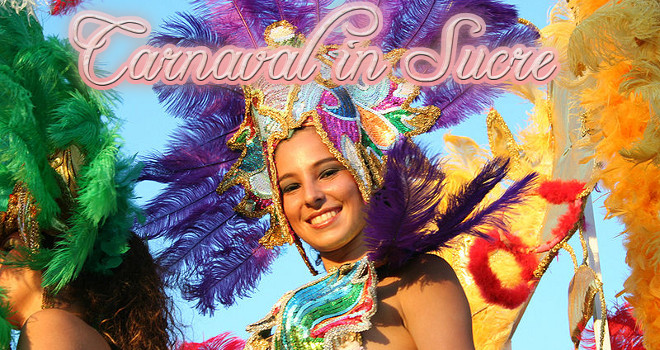 Carnaval Grande de Sucre has been the highlight of Sucre’s Carnaval celebrations ever since its heyday between 1920 and 1950. 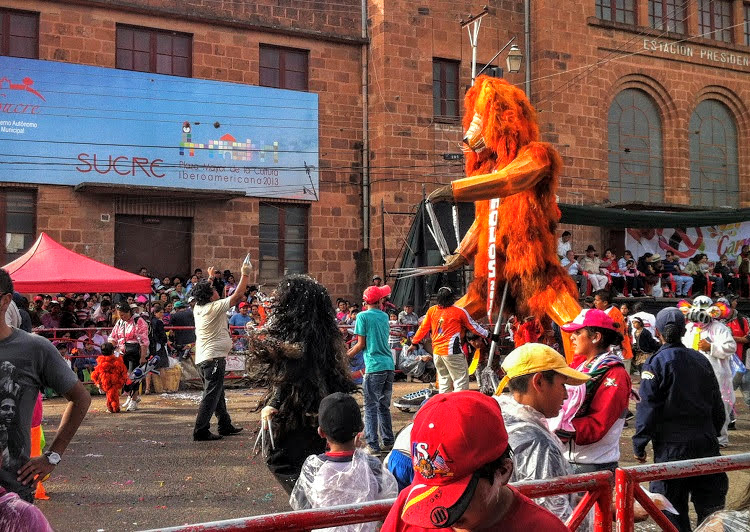 Beginning on the afternoon of Carnaval Sunday, the Carnaval Grande features the main parade of the weekend with elaborate floats decorated to depict a wide range of artistic, historical social and even political themes. The parade typically starts at 2pm at Stadium Patria, before making its way to Plaza Aniceto Arce (a semi-circular park located just past the fountain end of Parque Bolivar). Along the way, eggs filled with water (sometimes scented) and water balloons are thrown. Today and throughout the Carnaval period, a range of traditional cuisine and drinks are enjoyed, such as the popular leche de tigre (a traditional milk-based alcoholic drink).

After the parade, prizes are handed out to the best floats by the Mayor of Sucre. The participating groups then break away to visit the homes of their family members where they enjoy snacks and drinks, before returning to dance through the streets of Sucre, showered by water from all sides. 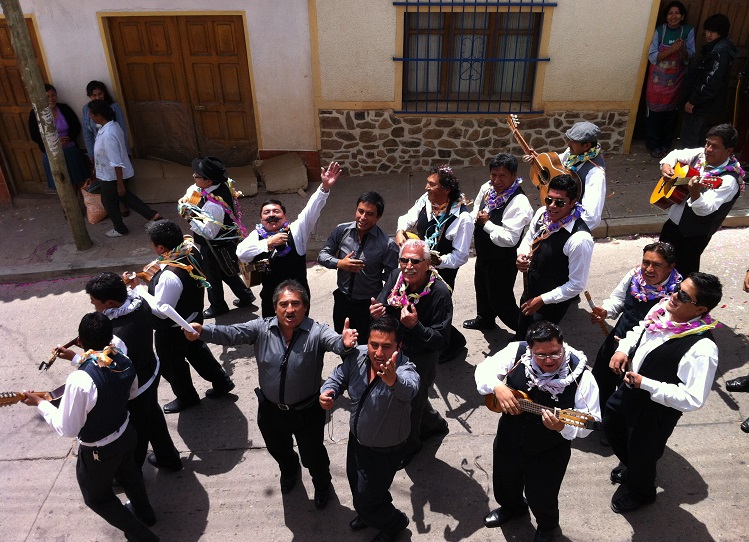 The party continues throughout the city into the night. In previous years the level of drunkenness escalates throughout the day and the Carnaval celebrations have been known to become a bit dangerous during the night. This year 700 troops are on-hand to keep everything civil, but it is worth being aware of the possibility of violence, etc, later in the evening.

Carnaval Grande de Sucre is a colorful, joyous celebration which sees the whole city turn out to join in the fun.