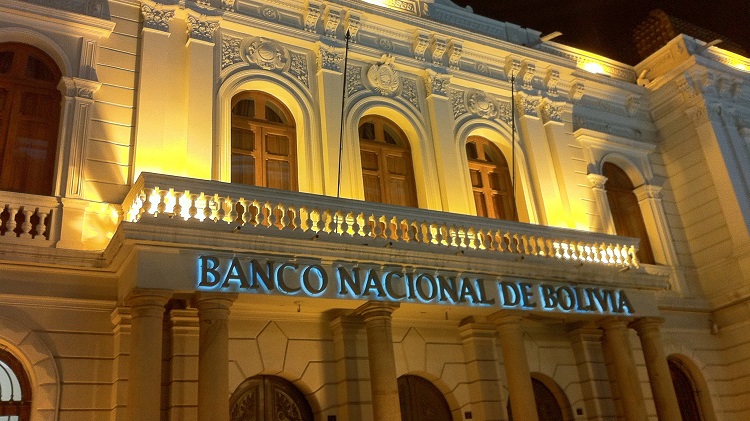 Visit Xe.com for the current rate.

Cash is the most widely accepted form of payment in Sucre. Payment in Sucre is usually in bolivianos, however it is also common for touristic establishments such as hotels, tour companies and restaurants to accept US dollars.

A handful of the larger tourist establishments in Sucre do take card payments (Visa more commonly than MasterCard), however most shops, restaurants, taxis and tour companies around town don’t accept credit or debit cards, so you may need to withdraw cash or exchange money upon arrival in the city.

The best way to access funds while in Sucre is via a Visa or MasterCard using one of the city’s many ATMs or banks. It is advisable to bring some cash (either in bolivianos or US dollars) in case of lost / stolen credit cards, out of order ATMs, etc.

Before arriving in Sucre, make sure to notify your bank or credit card company of your travel plans so they can allow access to your funds from Bolivia.

You have several choices when it comes to exchanging money in Sucre including currency exchanges (casa de cambios), banks, hotel receptions and street stores.

Be aware that small change is often in short supply in the city. It’s common for smaller establishments to refuse larger denomination bills, so whenever possible, try to break your larger notes at the bigger supermarkets, hotels and tour companies.

There are plenty of ATMs around Sucre’s city center where you can withdraw both bolivianos and (sometimes) US dollars using international debit and credit cards. Reliable machines to look out for include the BNB (Banco National De Bolivia) ATMs down at SAS supermarket (Juan Jose Perez #331) and the ones just down from Pompeya supermarket as well as the BCP ATMs located right on the main plaza.

For those wanting to withdraw US dollars, your best bet is to head to the BNB in the center of town on the corner of Espaňa and San Alberto.

To withdraw US dollars using your VISA, Master Card or Debit Card you will need to select “Cheque” rather than “Credit”. The next screen will prompt you with a list from 001-006. Select 001. You can than select USD or Boliviano. Select the USD option and then enter the amount you wish to withdraw. BNB allows you to take out up to US $1500, and don’t charge a withdrawal fee (just the normal fee from your bank back home).

Opening hours tend to be the same as in western countries, around 8:30am to 4pm Monday to Friday. Be aware that banks in Sucre are closed on all Bolivian public holidays and tend to close when there are major festivals occurring in the city.

Tipping in Sucre is not something you’ll ever feel pressured to do. However, it is an easy way to make a small difference to the lives of service staff who are often working very low wages by Western standards. For more information on tipping etiquette, see our guide to Tipping In Sucre.