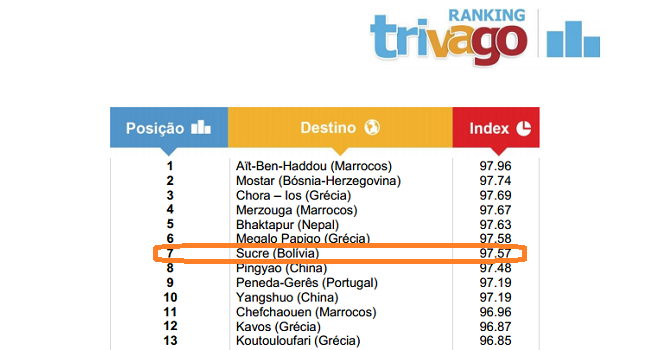 The ranking puts Sucre as the 7th best value destination in the world.

The list also rates Sucre as the highest rated destination in the all of the Americas by a large margin (next closest is Bacalar in Mexico, in 29th place).

The ranking was produced based on an analysis of hotel prices and reviews on Trivago’s website.

So if you’re looking to make the most of your trip to South America, make sure Sucre is on your list too!