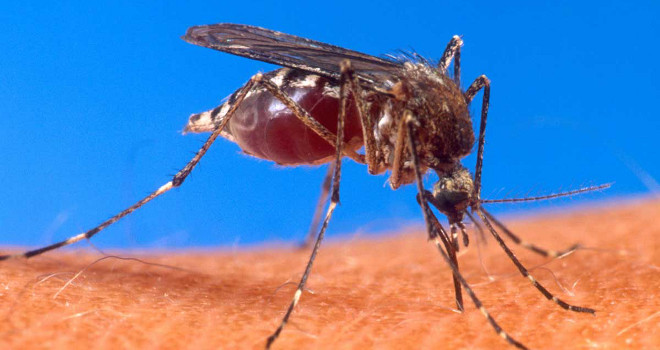 When travelling to South America, there are many areas where you will be at risk of insect-borne diseases, such as malaria, dengue fever and yellow fever. Are these a concern in Sucre? This post takes a look.

You may see the occasional mosquito in Sucre (though they are rare). Malaria, however, is carried by mosquitoes which live in warm, wet conditions. This essentially confines these mosquitoes to lower altitudes, as higher altitudes tend to be drier and cooler. The risk of malaria above 1,500 m (4,920 feet) is considered to be low, and virtually non-existent above 2,500 m (8,200 feet). Sucre sits above this, at about 2,800 m (9,200 feet), and is therefore considered to be a very low risk zone for malaria. Malarial tablets are not usually advised for travel to Sucre.

Note that many areas of Bolivia are considered malarial risk zones, such as the departments of Beni, Pando, Santa Cruz, and designated areas of Chuquisaca, Cochabamba, La Paz (the department, not the city), and Tarija. So if you’re travelling to these areas you may require malaria medication. Also be aware that some malaria medications require you continue taking them for a period after leaving the malarial zone, so in some cases you may need to keep taking your medication for a period of time while in Sucre.

Dengue fever, like malaria, is only carried by certain types of mosquito. These mosquitoes are rarely found above 1000 m (3280 feet), and the risk of contracting dengue is considered low above 1,500 m (4,920 feet). Sucre’s position at 2,800 m (9,200 feet) means that dengue is considered a very low risk in and around the city.

As with malaria, be aware that other areas of Bolivia are prone to occasional outbreaks of dengue and proper precaution should be taken in these areas.

Mosquitoes are again responsible for yellow fever transmission. While the types of mosquito which can carry yellow fever can be found at higher altitudes than those which carry malaria or dengue, the upper limit is believed to be around 2,300 m (7550 feet), putting Sucre out of harm’s way, once again.

Yellow fever is a big concern in Bolivia and the Government have taken measures to restrict its transmission, including requiring that visitors have been immunized against yellow fever, especially where they are entering Bolivia from countries with yellow fever such as Brazil.

Sucre’s altitude and resulting cool climate make it a haven free from the most severe insect-borne diseases which plague South America and elsewhere in the world. When travelling to Sucre, however, it is worth bearing in mind that these diseases are prevalent elsewhere in the country and you may need to take precautions in these areas.

Important: The information contained on this site is not intended to replace proper medical advice. Always consult your doctor before travelling.